A Brief Guide to Turkish Flora

A Brief Guide to Turkish Flora

Turkey has some of the oldest varieties of cultivated plants in the world. The wild species of which are still found growing in Turkey.

The original wild forms of plants retain many qualities that cultivated plants do not, frost hardiness, resistance to pests and diseases and ability to cope with fluctuating water levels are a few of the benefits. They also retain fragrance, taste and colour which are often lost in the breeding and hybridization needed to increase crop yields.

According to the principal international organizations active in wildlife research and conservation-the International Union for the Conservation of Nature (I-UCN), the International Plant Genetic Resource Institute (IPGRI) and the World Wildlife Found, there are four gene centers in the world for cultivated plants used in agriculture. Two of these are in the American continent and two in Asia. In America, Mexico is the gene centre for maize and tomatoes, and Peru for potatoes and beans,

while in Asia China is the gene centre for rice and millet, and the region of southwest Asia covering most of Turkey and parts of Iran, Iraq. Syria and Azerbaijan for wheat and barley. The most important of these strategic agricultural plants is undoubtedly wheat, of which over thirty wild species still grow in Turkey. The transmission of a disease-resistant gene from a wild wheat form in Turkey to the American cultivar has meant a saving of 50 million dollars a year for the US economy alone.

Turkey is also the home of many other cultivated plants, such as chickpeas, lentils, apricots, almonds, figs, hazelnuts, cherries and sour cherries. Their origin is evident in the Latin names for some of these species, such as Ficus carica. Caria was a civilization of Anatolia in the southern Aegean region. Kaunos was a city of ancient Caria. The Calbys River (now known as the Dalyan River) was the border between Caria and Lycia. Initially Kaunos was a separate state; then it became a part of Caria and later still of Lycia. 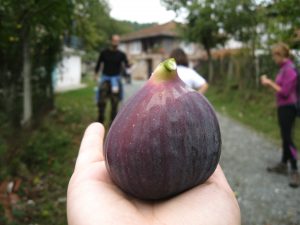 Similarly the cherry’s Latin name Cerasus comes from the ancient name of its place of origin, today the province of Giresun on Turkey’s Black Sea coast.

I have already written extensively of Turkey’s wild bulbs in a previous article and thanks to government efforts you can still see wild forms of tulip, crocus, snowdrop, lily and fritillary growing throughout the mountains and steppes.

The flora of Turkey is divided into 3 main areas these are; The Euro Siberian Area, The Mediterranean Area and the Irano-Tranian Area.

The Mediterranean Area consists of Western Anatolia, including Thrace, the southern part of the Marmara region, the Aegean region, the Taurus Mountains and the Nur Mountains (known as the Amanus Mountains in ancient times)

The Irano – Tranian Area consists of the rest of the country.

In the year 2000 approximately 9300 species of plant were known in the area of the Turkish Republic. By comparison, Europe as a 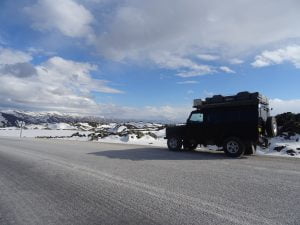 whole contains approximately 11500, despite having thirteen times the area. Turkey possesses a wide variety of micro-climates and habitats along with different soil types, enabling a wide variety of plants to thrive. The Black Sea coast is humid all the year round, with the highest rainfall between Rize and Hopa. South of the Pontic Range rainfall drops abruptly and in Central Anatolia dry and winter-cold conditions prevail. Approaching the southern and western coasts, the climate turns more typically Mediterranean, with mild but very rainy winters and dry, hot summers. In the high mountainous area of Anatolia harsh climatic conditions persist all the year round. There are even small glaciers on the north side of Cilo Dağ mountain range and also on Mount Ararat.