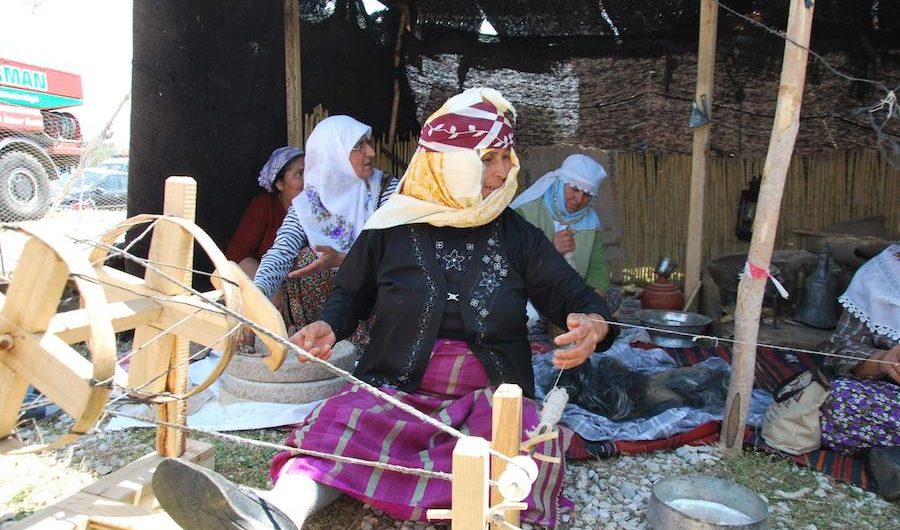 The Yoruk people of Turkey have traditionally been shepherds that migrate between the mountains and the coast. Today many now live in houses but still have dwellings in both areas. 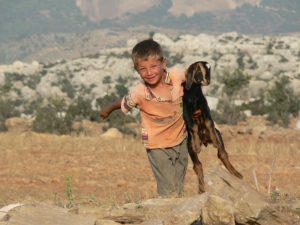 In winter, they drive their flocks down to the coast where the weather stays warmer and there is more food available. Whilst in spring and early summer, they head back to the mountain pastures where it is cooler. As a result, in some 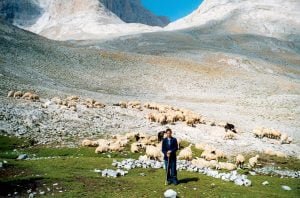 areas this move will take up to a month. Once the clan elders have decided to  move and the day is picked the women will prepare food for the trek, the men will prepare the animals. The majority of the Yoruks will walk the journey but children and the eldery will ride the horses, donkeys or camels. The same route is taken year after year. The knowledge handed down through the generations.

Women have a vital role in the Yörük lifestyle. They manage the tents, milk the animals, care for children, the elderly and the sick animals. They spin and dye the wool, making elaborately coloured garments for themselves but also to sell. The men predominantly guard and tend to the flocks. Due to the remote locations they are often accompanied by huge Kangal sheep dogs. These large beasts were originally bred to save the flock from wolves and leopards. That should give you some idea of the size!

One of the most impressive sights is a Yoruk wedding. Often the grooms family will carry the dowry through the streets, to the brides family, on the back of a camel. This is followed by much merriment and hours of dancing.

You can meet and learn about Yoruk people on our Kapidag trips: Kapidag Trekking and/or Kapidag Camping.