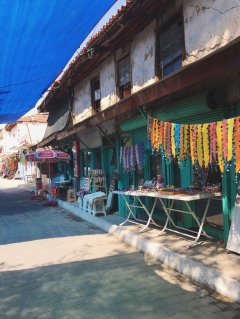 Bozüyük is a small village in Muğla with a population of just a few hundred people.

It’s also home to the beautiful Pınarbaşı restaurant, built in a natural park which has an 800 year old tree in it’s grounds, providing much needed shade for customers.

Over recent years, Bozüyük has become a bit of a hotspot for local tourists, thanks to a few popular Turkish tv series being filmed there such as ‘Baba Ocağı’ and ‘Düriye’nin Güğümleri’. One of the most well known TV series filmed there is called ‘Güzel Köylü. It’s popularity has had such an effect that after filming finished, the village actually renamed itself  ‘Güzelköy’, after the series, so it now has two names! 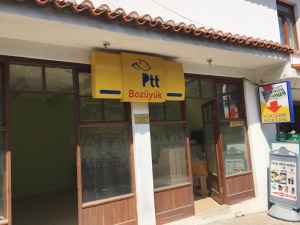 Although the village has changed a lot, it’s new-found fame has been welcomed by a lot of the locals, with a lot of it’s houses being restoredand renovated, and local craftsmen finding new job opportunities. Apparently, thousands of local and foreign tourists have visited, there are even tours that run to the village, and people are able to pick up souvenirs from the little gift shops, fridge magnets displaying the name ‘Güzelköy’ seem to be popular!

If you’re passing it’s worth a visit. If you’ve never seen the TV series, like me, we might not appreciate the full glory of the place, but it’s an interesting place to visit and the Pınarbaşı restaurant is beautiful!

Volkan
Previous postWine Without Sulfites – Is it better for you?
Next postPATARA